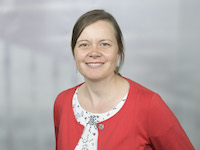 Starting April 1st, 2020, Esther Möller will hold the professorial chair in »Early Modern and Modern Cultural History of North Africa« at the University of the Bundeswehr in Munich. Focusing on the cultural history of North Africa and the Arabic world, she will help building up the Institute for Cultural Studies.

Esther Möller was a member of the academic staff at the Leibniz Institute of European History in Mainz from 2010 until 2020. After publishing her dissertation on French cultural and educational policy in Lebanon in the late Ottoman Empire and during the Mandate, she worked on her new research project on the history of Humanitarianism in 20th century Egypt.