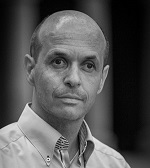 Matthieu Arnold, former fellow and Research Fellow of the IEG, has been elected French corresponding member of the Académie des Inscriptions et Belles-Lettres (Institut de France).
The Académie des Inscriptions et Belles-Lettres is one of five academies of the Institut de France and "brings together individuals of exceptional qualification, representative of many walks of life. Academicians are scholars elected to the Academy for life by their peers, in recognition of their work in fields lying within the sphere of the Academy’s competence [...] of their high level of commitment and in respect to their international standing.«

Matthieu Arnold had been a Senior Research Fellow, doing research on Martin Luther. He is one of 50 corresponding French members.

Matthieu Arnold is professor for Modern and Contemporary Christianity at the Faculty of Protestant Theology of the University of Strasbourg. He heads the research group on the religious nonconformists of the 16th and 17th centuries. From 2002 to 2007 he was a junior member of the Institut Universitaire de France.