Former Directors at the Leibniz Institute of European History 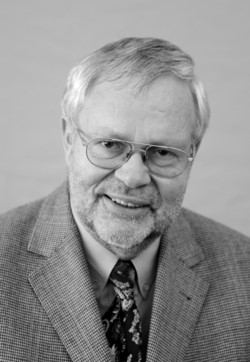 Heinz Duchhardt studied history, political science and art history in Mainz, Bonn and Vienna. In 1968 he gained his PhD in Mainz with a dissertation on an elector of Mainz in the 18th century. He got his habilitation in 1974. He was professor for modern history at the universities of Mainz, Bayreuth and Münster.  1994 – 2011 he was director of the department "Universalgeschichte" at the IEG. In 2011 he received an honorary doctorate from the University Smolensk, in 2016 an honorary doctorate from the St. Kliment Ohridski University Sofia.
With his focus on the international relations in the pre-modern period, constitutional and social history of the Holy Roman Empire, fundamental research on European themes he made decisive contributions to the institute’s development. Among other things he established the "European History Yearbook" and managed projects like the online publication of around 1.800 "European Peace Treaties of the Pre-Modern Era Online". Furthermore, under his direction, the preparations for the admission of the IEG as a member of the "Leibniz Association" where made. 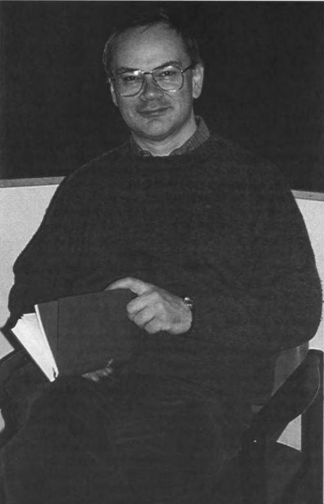 Gerhard May studied evangelical theology, philosophy and byzantine studies in Vienna, Heidelberg, Basel and Oxford. In 1964 he gained his PhD with a dissertation titled "Gregor von Nyssa und der Abschluß des trinitarischen Dogmas". He got his habilitation in Munich with a paper on "Schöpfung aus dem Nichts. Die Entstehung der Lehre von der creatio ex nihilo". In between his doctoral degree studies and habilitation, he went on a long research trip to Oxford and was ordinated Pastor of the Evangelical Church of the Augsburg Confession in Austria.
Afterwards May was a member of the academic staff at the department of evangelical theology at the Johannes Gutenberg University Mainz (1979-2005) and at the same time took the post of director of the department "Abteilung für Abendländischen Religionsgeschichte" at the IEG (1994-2005).
His research focused on analyzing the encounter between ancient thinking and Christian theology, as well as on politics of church and empire.
Literature/ Online Sources:
http://www.deutsche-biographie.de
http://d-nb.info
http://www.ev.theologie.uni-mainz.de/todesanzeige-professor-dr-theol-gerhard-may/ 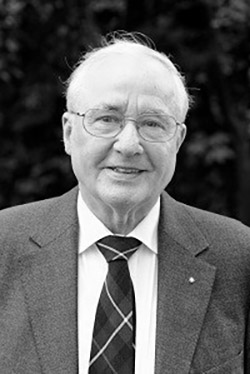 1952- 1957 Gustav Adolf Benrath studied evangelical theology in Heidelberg, where he also gained his PhD in 1959. 1960-1962 he was a member of the academic staff at the Heidelberg Academy of Sciences.
Afterwards, he was appointed a lectureship for church history of Baden at the Theological Institute of the Heidelberg University (1961-1972) und got his post-doctoral degree in church history in 1965. In 1970, Benrath received priestly ordination at the evangelical church in Baden and was afterwards professor of church and dogma history at the department of evangelical theology at the Mainz University (1970-1997). Between 1990 and 1993 he was director of the department of "Abendländische Religionsgeschichte" at the IEG.
Literature/ Online Sources:
http://gutenberg-biographics.ub.uni-mainz.de
http://www.deutsche-biographie.de
http://d-nb.info/gnd/115469788
http://www.ev.theologie.uni-mainz.de/kirchen-und-dogmengeschichte-territorialkirchengeschichte/prof-dr-gustav-adolf-benrath/
http://www.ieg-mainz.de. 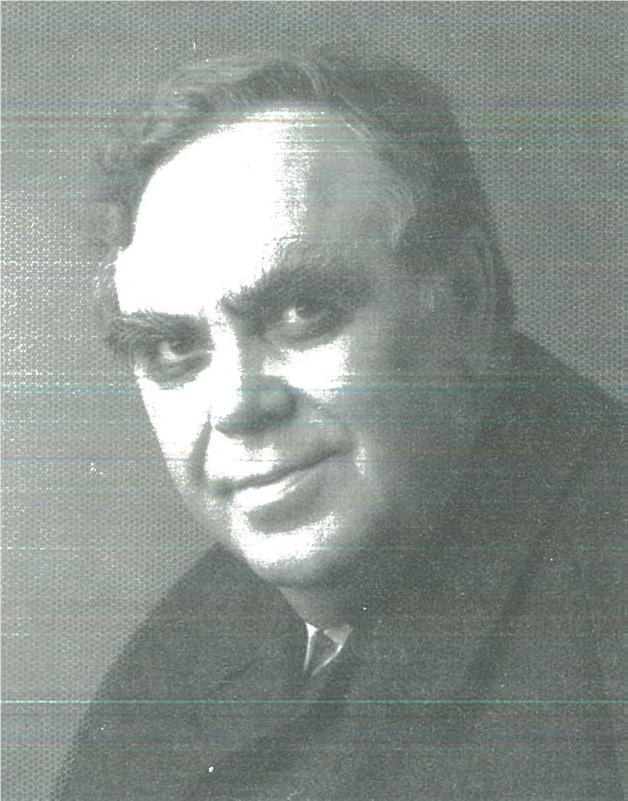 Peter Manns studied theology in Würzburg, Bonn and Mainz and received his priestly ordination in 1951. At the Johannes Gutenberg University Mainz, where he got his PhD, he was a student and later member of the academic staff of Joseph Lortz, the co-founder of the Institute of European History.
In 1981 he succeeded Peter Meinhold as director of the department "Abendländische Religionsgeschichte" at the IEG. His research focused on Martin Luther and the reformation. In 1983, in recognition for his research, Peter Mann received an honorary doctorate from the theology department of the Helsinky University.
Literature/ Online Sources:
http://www.deutsche-biographie.de
http://d-nb.info/gnd/119155192
Aretin, Karl Otmar von [u.a.], Zum Gedenken an Peter Manns (1923-1991). Mainz 1991 (Institut für Europäische Geschichte. Abteilung Abendländische Religionsgeschichte). S.8.​ 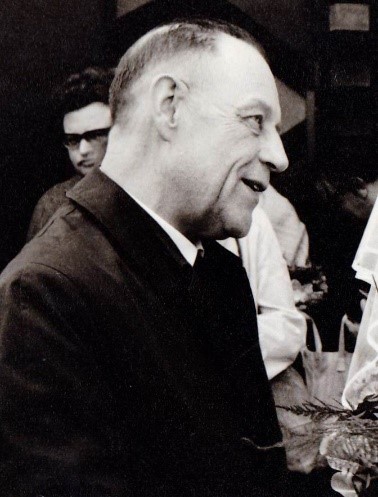 Peter Meinhold studied evangelical theology in Bethel und Berlin. He received his licentiate in 1934 and gained his PhD in 1935 at the University of Berlin. Afterwards, he worked as a private lecturer and was later appointed a lectureship at the Heidelberg University (1935/1936). He worked as an associate professor and after the war as an ordinary professor in Kiel. (1936-1975).
During the Second World War, he worked as an army priest. In 1955 he received an honorary doctorate from the Marburg University. In 1976 he succeeded Joseph Lortz as director of the department "Abendländische Religionsgeschichte" at the IEG. 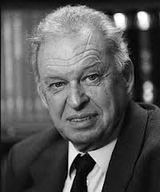 In 1946, Karl Otmar Freiherr von Aretin started studying history and art history at the Ludwig-Maximilians-Universität in Munich, where he gained his PhD with a dissertation about Bavarian politics and the Congress of Vienna. He then worked as an editor for the NDB (1952-1957) and was a research fellow at the IEG Mainz (1953-1958). Afterwards, he was a member of the academic staff at the Max-Planck-Institute for history in Göttingen (1958-1964) and got his habilitation in 1962 with a paper on the Holy Roman Empire.  1964-1988 he was professor at the TU Darmstadt.
1968 he succeeded Martin Göhrings and held the office as director of the department "Universalgeschichte" at the IEG till 1994. 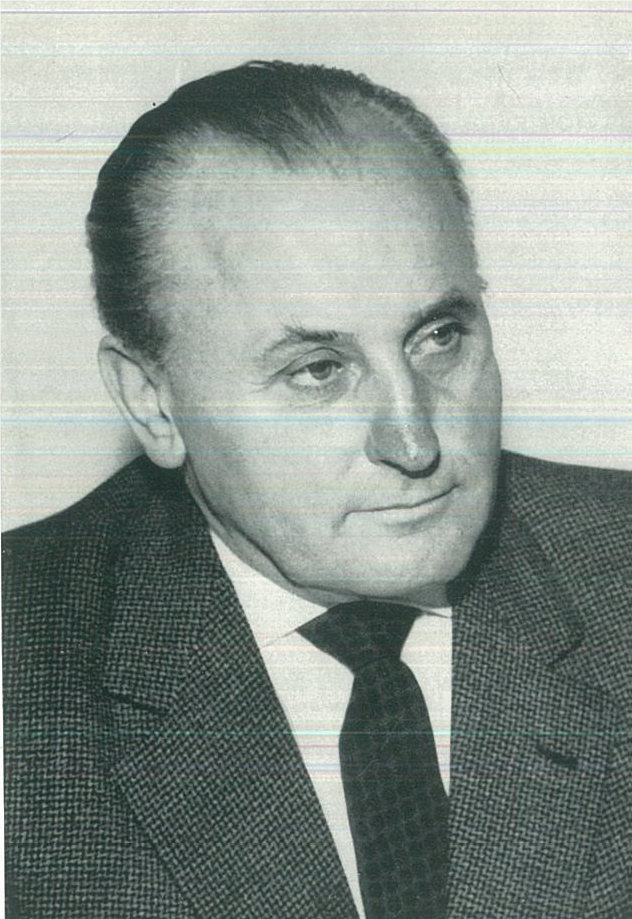 1927 - 1928 Martin Göhring studied geography, german studies, history and philosophy in Tübingen. From 1928-1932 he continued his studies in Paris, Halle und Kiel, where he gained his PhD in 1932 with a dissertation titled "Die Feudalität in Frankreich vor und in der großen Revolution". After a several years long research trip to France, Göhring got his habilitation at the Kiel University in 1938 with a paper titled "Die Ämterkäuflichkeit im Ancien Régime". Afterwards, he worked as a lecturer in Halle (1939-1940), as member of staff at the Federal Foreign Office in Paris (1940-1943), as professor at the Reichsuniversität Straßburg (1943-1944) and as lecturer at the University in Tübingen (1945-1947). In 1951 Martin Göhring took the post of director at the department of "Universalgeschichte" at the IEG. At the same time, he was guest professor at the University of Suttgart (1948-1960) and professor at the University of Gießen (1961-1968). 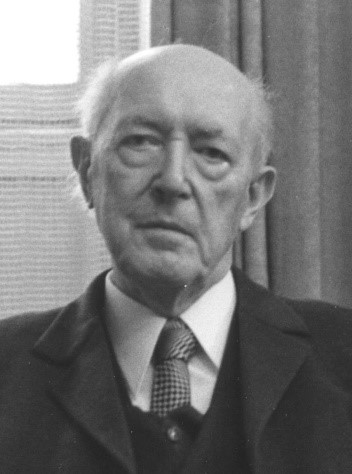 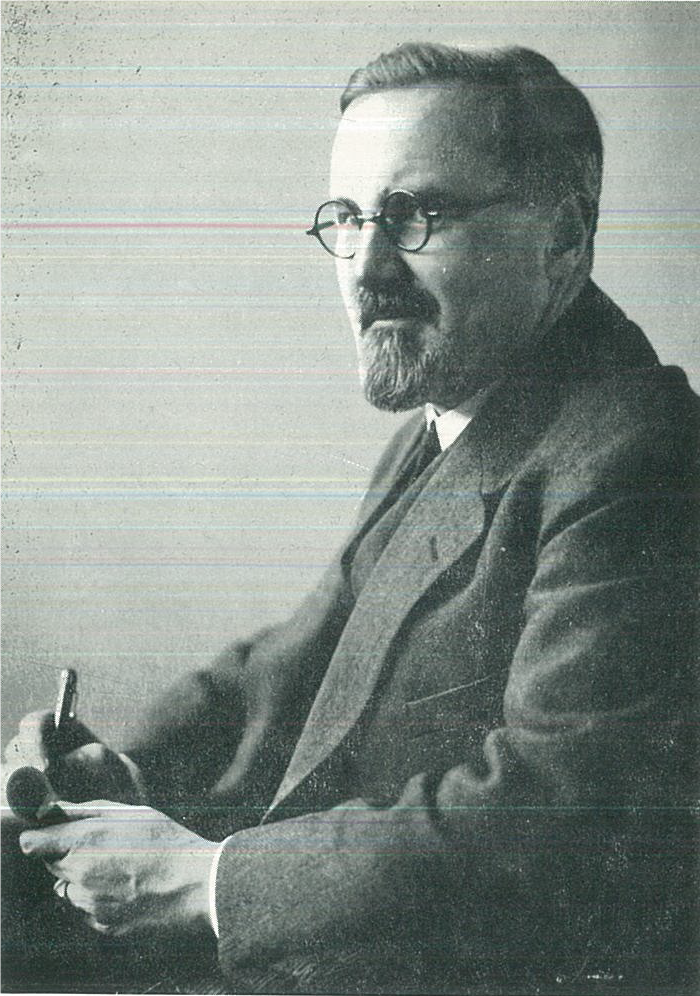 Fritz Max Friedrich Ludwig Kern studied law in Lausanne and history in Tübingen and Berlin 1903 - 1906. In 1906 he gained his PhD in Berlin with a paper about "Dorsualkonzept und Imbreviatur. Zur Geschichte der Notariatsurkunde in Italien". He then worked as a private lecturer in Kiel (1909-1914) and was professor at the Universities of Frankfurt am Main (1914-1922) and Bonn (1922-1947). In addition to his lectureships, he worked as a volunteer for the Federal Foreign Office and at a secret service branch of the german army (1914-1918). After his involvement in a Berlin resistance group 1944, he lived in Switzerland until 1948.
In the Years from 1949 to 1950 he played a decisive role in planning and developing the "Mainzer Instituts für Kultur- und Religionsgeschichte" (later called  Leibniz Institute of European History). Until his death in 21th Mai 1950, he was director of the department for "Universalgeschichte."