Joachim Berger joined the (Leibniz) Institute of European History in 2004; since 2009, he has been research coordinator. Before, he studied History and Art History at the Friedrich Schiller University in Jena, Germany (M.A. 1997, PhD 2002), and the University of Bristol, U.K. After researching at Jena University, Berger worked for the Klassik Stiftung Weimar in the field of historical exhibitions and cultural events.
He was a fellow of the Casa di Goethe in Rome and the Max Weber Foundation (at the German Historical Institutes in Paris, London, and Rome).

Areas of responsibility as research coordinator:

A European history of masonic internationalism, 1845–1935

The research project, conducted between 2009 and 2019, explored how Freemasonry responded to the challenge of internationalism as an association that carried over forms and self-interpretations from the early 18th century to the Age of Extremes. 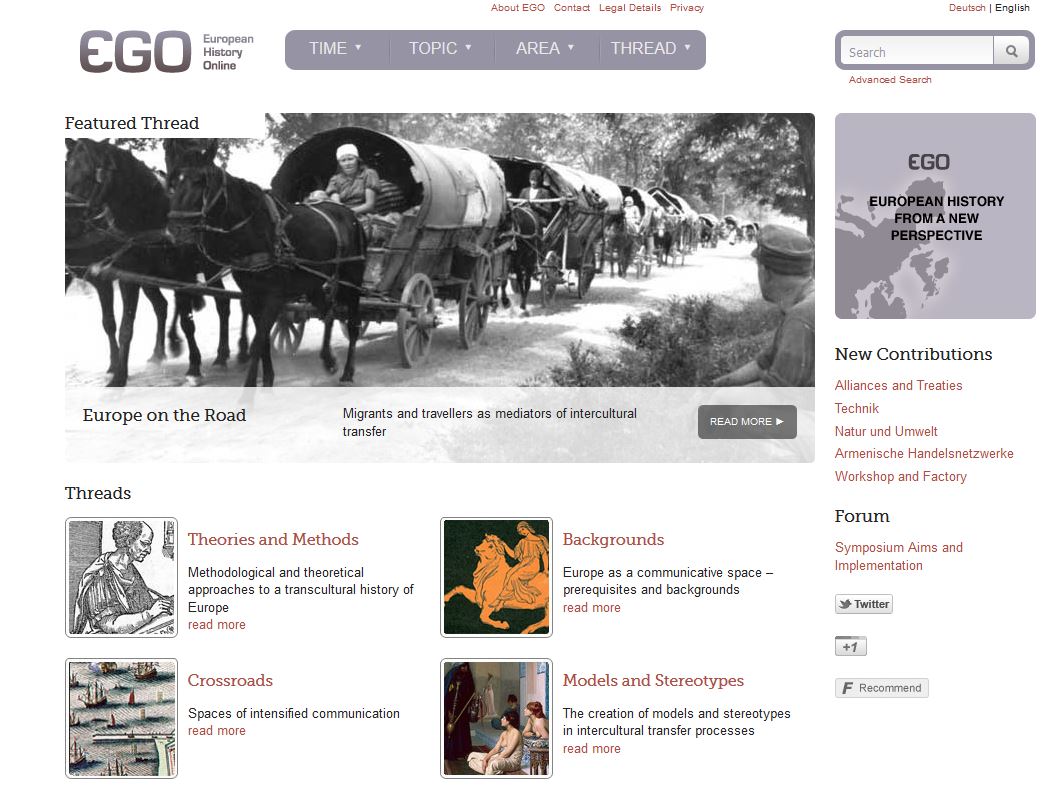 EGO | European History Online is an transcultural history of Europe published by the IEG in Open Access in German and English. The now more than 470 contributions (incl. translations), which cover 500 years of modern European history across national, subject and methodological boundaries in ten thematic strands, are constantly being added to.

Leibniz Research Alliance "Value of the Past"

The Leibniz Research Alliance "The Value of the Past" started its work on September 1st, 2021. Over a period of four years it will investigate the significance of the past for societies in the past and present.

On site, in time. Negotiating differences in Europe 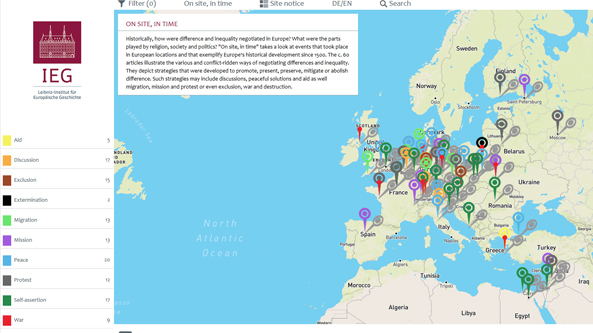 Historically, how were difference and inequality negotiated in Europe? What were the parts played by religion, society and politics? "On site, in time" takes a look at events that took place in European locations and that exemplify Europe¹s historical development since 1500. The c. 60 articles illustrate the various and conflict-ridden ways of negotiating differences and inequality. They depict strategies that were developed to promote, present, preserve, mitigate or abolish difference. Such strategies may include discussions, peaceful solutions and aid as well migration, mission and protest or even exclusion, war and destruction.

On site, in time. Negotiating difference in Europe

From the Cold War to the Transformation of Europe (virtual exhibition)