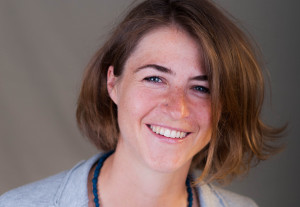 Member of the academic staff, Department of History

Denise Klein is a historian of the Middle East and the Ottoman Empire, with a PhD in history from the University of Konstanz (2014) and an M.A. in Middle Eastern Studies from the University of Munich (2005). She has been a Research Associate at the Leibniz Institute of European History since 2014. She has been granted several scholarships, including by the Gerda Henkel Foundation (2005-2007), the Research Center for Anatolian Civilizations of Koç University (2012-2013) and the German Research Foundation (2019-now), and has spent time in Istanbul, New York and Athens. Her research focuses on the social, cultural, and intellectual history of the Ottoman world before 1800. Currently, she is co-editing with colleagues a volume entitled Transottoman Biographies, 16th-20th c. She is also revising her book manuscript Narrating the Past: The Historical Culture of the Crimean Khanate and is working on a project which investigates the experiences of immigrants in Istanbul before 1800.

Denise Klein's project explores the relationship between migration and belonging in the Ottoman world through the experiences of migrants in Istanbul between 1453 and 1800, showing how social, religious and regional affiliations overlapped and were constantly renegotiated and hierarchised.

Leibniz Research Alliance "Value of the Past"

The Leibniz Research Alliance "The Value of the Past" started its work on September 1st, 2021. Over a period of four years it will investigate the significance of the past for societies in the past and present.

Denise Klein, Istanbul / İstanbul, in: On site, in time. Negotiating differences in Europe