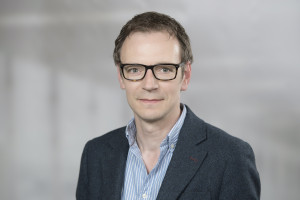 The history of crime and justice in modern Europe (e.g., violence, police, trials and their portrayal in the media)
Britain and "Europe" in the twentieth century; British attitudes (whether religious or secular) towards the process of European unification
Culture and media of the inter-war period, especially in Britain.

In the DFG-funded project, John Carter Wood investigated the plans for a new social and political order that were developed in the 1930s and 1940s as reactions to economic crises, totalitarianism and war within the framework of an intellectual circle supported mainly by members of the Anglican and Presbyterian churches.

Christianity, Technology, and Society in the Great Britain of the 1940s–1960s

After the Second World War, intensive discussions took place in Europe about the shaping of new, "modern" societies. Christians involved tried to bring social restructuring into harmony with their faith. The principles competing with a Christian worldview were often accompanied by sacralisation tendencies, which were reflected for example in natural science, faith in technology, individualism and the ideologies of the Cold War.

Research Training Group: "The Christian Churches and the Challenge of 'Europe'"

The research training group examined reactions in the process of European unification, as well as the repercussions and activities that the process gave rise to in the area of the churches. The project also focused on the efforts of the churches to insert religious concepts of values into the political processes.

Blog about »The Most Remarkable Woman In England«

Review of »This is your hour. Christian intellectuals in Britain and the crisis of Europe, 1937–49« (in German)

Review of »The Most Remarkable Woman In England« in The Guardian

John C. Wood, Oxford, in: On site, in time. Negotiating differences in Europe