Irene Dingel, Johannes Paulmann, Henning P. Jürgens (coordination) 2015–2018
Funding: Leibniz Competition 2015
Partners: HAB, GNM, DHI Rome, IHPAN
More than 2000 peace agreements in the early modern period led to a huge increase in peace representations as a means of conveying, acknowledging and establishing peace in the public consciousness. Such peace representations were multimedia phenomena, that – being a form of symbolic communication – were used in a ritual way as well. The aim of this interdisciplinary competition project funded in the framework of the Leibniz Competition was to examine and analyse the shared vocabulary of peace representations in different media. It did not only review the motifs of those representations and their reception, but also focused on the varying functions assigned to them.

In order to illustrate how peace motifs were being used in a transdisciplinary way and interpreted individually at the same time, it is best to present the different research fields of the partners with the help of a typical example for conveying peace in all associated disciplines: the image of the gates of the temple of Janus being closed at times of peace. 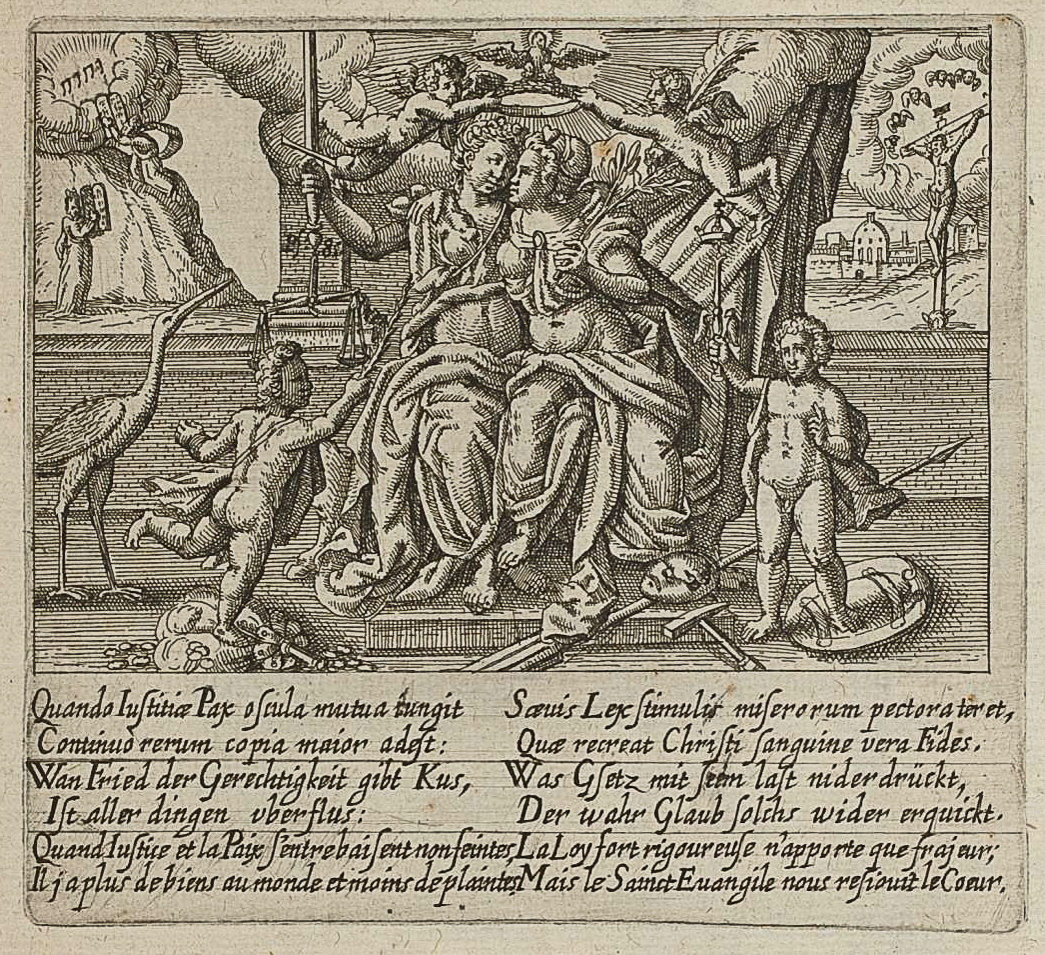 In Music, this motif is not only present in the cantata, but also in related genres such as the serenade, the opera and the oratorio. Simultaneously, it mirrors the hybrid character of musical genres at the time. A cantata composed in Spanish-governed Naples celebrating the peace agreement of Rijswijk at the end of the War of Palatinate Succession in 1697 can be named as such an example: here, the Janus motif refers to a local political conflict and alludes to the peace request directed at the Neapolitan vice king.

The image of the temple of Janus equally appears in Poetry, where it also marks the transition from war to peace – such as in »Ruhm- und Dancklied« written in 1650 by Wolfgang Ferber: »Macht Janus Tempel zu / Gott Lob / es ist vorhanden / Der offt gewünschte Fried / in unsern deutschen Landen.«

The most frequent representation of the temple of Janus in the Arts can be found on ancient and early modern coins, but also on prints. However, the motif does not represent the political climate of the early modern period, but rather tries to propagate idealised states of peace.

As a peace motif referring to the worship of a Roman, pagan deity, the closing of the gates of the Janus Temple was not one of the objects one would expect in a Christian Peace Sermon. Nevertheless, there are mentions of the temple of Janus in several sermons, such as in a sermon by Tobias Wagner from Esslingen in 1650. Be it by exceeding the pagan rituals or by distancing oneself from them: the peace preachers of the early modern period knew and used the image of the temple of Janus, but reinterpreted it in a Christian sense.

All these peace representations were collected, categorised, and analysed by the team during the project and were uploaded to a joint research database. Soon, the openly accessible virtual exhibition »Themenportal Friedensrepräsentationen« presenting this work is launched online: www.friedensbilder.net.

The project ended in June 2018 with a closing conference, where the project members discussed their results with experts from the associated disciplines. The lectures and presentations are also published on the website.

Project website of Chiara Pelliccia at the DHI Rome

The Institute of History of the Polish Academy Of Sciences