Contested Heritage, Symbolic Recognition: the Old City of Jerusalem and the beginning of UNESCO World Heritage 1955-1981 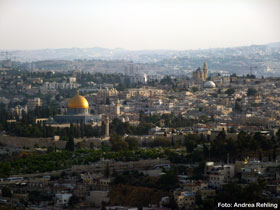 Article 3 of the World Heritage Convention of 1972 states that "[i]t is for each State Party to this Convention to identify and delineate the different properties situated on its territory [...]". UNESCO provides the ideal international stage for the dispute over Jerusalem's Old City's political and cultural sovereignty. This dispute is not limited to heritage identification, but also includes territorial sovereignty over the site. In fact, it was Jordan who presented the nomination of Jerusalem’s Old City to the World Heritage Committee in 1980, even though the city had been under Israeli control since the Six Day War of 1967.

The Old City of Jerusalem is a significant case study for analysing the universalizing heritage paradigm fostered by the World Heritage Programme and its aim to transcend the heritage logic of nation-states. Moreover, by examining the debates that preceded, accompanied and followed Jerusalem's nomination and inclusion in the World Heritage List, this project hopes to provide insights into competing interpretations of history and meanings ascribed to heritage in Jerusalem's Old City and their use on the international and local stage.