Challenging the Concept of UNESCO’s World Heritage? The History of the Former Concentration Camp Auschwitz-Birkenau as World Cultural Heritage

This dissertation project investigates the integration of the former concentration and extermination camp Auschwitz-Birkenau into the concept of UNESCO World Heritage from the end of the 1970s. After the UNESCO Convention Concerning the Protection of World Cultural and Natural Heritage was passed in 1972, Poland was among the initial members of the World Heritage Committee and nominating parties to the respective lists. 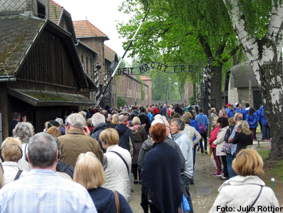 The dissertation analyses the processes leading to the site's inclusion in the UNESCO list and focuses on the further development of the site and its historical interpretation seen from this perspective. At the same time, the project studies the implications, impacts and meanings for the World Heritage Programme, which evolved over time as a result of the inclusion of Auschwitz-Birkenau.

These different perspectives on the cultural politics involved, ranging from global and eastern European regional perspectives to the national and local levels, are analysed critically. From the beginning, the integration of Auschwitz-Birkenau into World Heritage played an important part in the development of this programme, which has been contributing to global memory politics by collecting and constructing "cultural heritage". The research objective is to contribute from this perspective to a historical understanding of UNESCO's history politics and at the same time to analyse this specific global level in the negotiation of conflicts about the historical interpretation of Auschwitz-Birkenau in local, Polish, and international contexts.