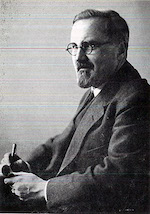 May 21st, 2020 – in the year of the 70th jubilee of the IEG – marks the 70th anniversary of Fritz Kern’s death. Fritz Kern played a decisive role in developing an institute for Cultural and Religious History in Mainz that was founded in April 1950 under the name of »Institut für Europäische Geschichte« (Institute of European History). He died only a few weeks after becoming the first director of the department »Universalgeschichte« at the IEG.

You can learn more about his life and work at and for the IEG in the upcoming vernissage celebrating the 70th anniversary of the IEG, opening September 12th, 2020. More details on the vernissage will be given soon.

Former directors of the IEG

Entry on Fritz Kern on deutsche-biographie.de