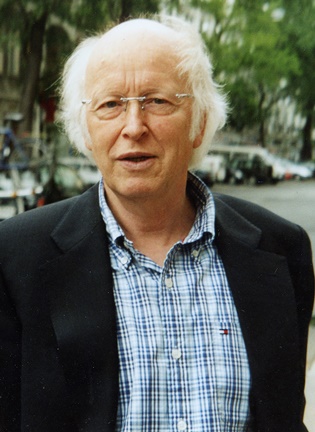 The Leibniz-Institute of European history holds the papers of the journalist Kai Friedrich Schade (1940-2013), who has edited the journal epd-Entwicklungspolitik for more than three decades between 1970 and 2004. Situated at the interface of politics, church, academia and society, epd-Entwicklungspolitik emerged as a central forum for discussing the relationship between the northern and southern hemispheres. Providing an outlet also for voices and perspectives from the global South, the journal served as an open and critical discursive platform for the discussion of “development” and all related issue arenas in Germany.

The papers, which the IEG received from Schade’s family in early 2014, comprises material and correspondence related to the journal, parts of his library and the complete volumes of epd-Entwicklungspolitik (0/1970 to 23/24/2003) and the annual volume published under the title Zeitschrift Entwicklungspolitik (1/2/2004 to 23/24/2004), inclusive of all supplements. About 50 titles of Schade’s personal library have been integrated into the library holdings of the Institute  as a valuable addition on development and North-South relations.They are identified as donation by the  added tag “Geschenk Kai Friedrich Schade” in the OPAC catalogue.

Kai Friedrich Schade’s papers are stored in 25 folders or boxes and cover the period from 1962 to 2013. A considerable number of these folders – 10 in total – contain publications and drafts penned by Schade between 1962 and 2008. The other material consists of correspondence and documents relating to epd-Entwicklungspolitik, covering the years from 1968 up to 2013. These include memoranda and discussion papers, occasional correspondence with authors, material concerning the repeated evaluations of the journal, and a copious correspondence regarding the financial crisis of the journal in the autumn of 1980. The papers also document awards and prizes for the journal and its editor, activities celebrating the anniversaries of the publication, and conferences and workshops organized by Kai Friedrich Schade.
The papers are currently catalogued and made available for the purposes of academic research. For more information on the papers, please contact Bernhard Gißibl.

Kai Friedrich Schade was born in 1940 in Heide in Holstein. After studying sociology and economics at the University of Frankfurt-on-Main, he first entered journalism as the academic editor of the journal Offene Welt in 1966. Two years later, he joined the German Federal Ministry for Economic Cooperation and Development, where the instigation of a critical public discourse on development policy counted among his core concerns, especially after the reform-oriented minister Erhard Eppler took office in 1969.  Translating development from high politics into the realm of critical public discussion remained top on Kai Schade’s agenda when he left the ministry in autumn 1970 in order to take up editorial responsibilities for the epd-Entwicklungspolitik, a new journal that had just started to be published by the Evangelischer Pressedienst (Protestant Press Service) in Frankfurt-on-Main.


Erhard Eppler (on the left) with Kai Friedrich Schade


Starting initially as an “information service” to accompany the activities of the German Protestant church (EKD) in the field of development aid, the new publication corresponded with calls within the Protestant ecumene to provide for more balanced reporting on North-South-relations. These calls were voiced in particular by the young churches of the southern hemisphere in the aftermath of the Fourth Assembly of the World Council of Churches in 1968 in Uppsala. Taking up this concern, Schade quickly expanded the scope and aims of the publication. In addition to the gathering of news and information relevant to the topic of development, he was keen to elucidate background contexts and to create space for opinions, open discussion and a diversity of perspectives. In the 1970s and 1980s, epd-Entwicklungspolitik did not just add to the widespread rhetoric of a more balanced flow of information between the northern and southern hemispheres, but actively reached out to make the “voice of the voiceless” in the “Third World” heard in German discussions on development. Schade pursued this agenda also by providing less conventional perspectives, such as caricatures from the global South, which became a distinguishing feature of the journal. By the late 1970s, the epd-Entwicklungspolitik had a print run of nearly 2000 copies. Its target audience were “highly involved persons” in development policy and related institutions, but also lead editors, teachers, priests and anyone else concerned with raising awareness to global development and solidarity.

A platform between academia, politics, the church and the public

epd-Entwicklungspolitik defined itself by its broad spectrum of topics and its pronounced sensitivity for global inequalities and injustices. The anti-racism programme of the World Council of Churches, which was highly controversial within the EKD, was discussed as extensively and critically in the pages of the journal as the activities of transnational corporations, the export of German weapons, liberation theology, representations of the so-called “Third World” in the western mass media, and the global ecological crisis. The journal brought together academic discourse and the realities of development policies on the ground; it confronted state development policy with the perspectives of the churches and the Third World movement. In 2003, the journal ceased to be funded and edited within the structures of Germany’s Protestant Church and became financed by an editorial trust formed of several organizations in the development field. Formally independent and with a new editorial board, the journal was published under the title Zeitschrift Entwicklungspolitik from 2004 onwards. It subsequently merged into the journal eins Entwicklungspolitik, before it became part of the journal Welt-Sichten in 2008.

Kai Friedrich Schade understood development as a form of global domestic politics, beginning at home and engaging the greatest possible participation of citizens. “Generating consciousness” of global problems and interdependence was the core concern and required comprehensive knowledge about the structures and processes behind “development” as the basis for a deeper understanding.
Kai Schade was an unpretentious, yet persistent advocate for a development policy understood as the duty of society at large. His efforts at both popularizing and practicing such a comprehensive understanding of development were not limited to publishing. Schade was also involved in the establishment of groups and networks concerned with Third World Journalism or peace research, and he initiated projects on education and the Third World.

His passionate efforts to publicize the issues of development, peace and justice were honoured with numerous awards. In 2008, he was awarded an honorary doctorate by the Faculty of Social Sciences and Philosophy of the University of Leipzig for a life’s work dedicated to cosmopolitanizing our understanding of development. Following a short, severe illness, Kai Friedrich Schade passed away in November 2013 at the age of 73.